"Everything started when two enlightened industrialists, Cristoforo Crespi and his son Silvio, took the decision to establish, on the bank of the Adda river, an ideal village for their workers: a small feud where the master's castle would not only represent authority but also benevolence towards the workers and their families."

The Village of Crespi d'Adda is certainly the most interesting example in Italy of the phenomenon of workers' villages. It has been perfectly preserved (in particular its urban layout and its architectural appearance are still unchanged) and it constituted one of the more complete and original realisations in the world.

Crespi d'Adda was an authentic model of an ideal city: an extremely interesting, nearly perfect, autonomous microcosm where life of the workers, their families and the whole community was directed - according to an ideal plan aiming at order and harmony - by the factory itself. Finally, It was a little island of work at the limits of the rural world and the industrial world.

Crespi d'Adda: a metaphor or reality? In whatever way, it constituted a pole of industrial and social progress, and its importance has never been questioned.

The company town of Crespi d'Adda - factory and Village - was built in the late 19th century by the Crespi family (cotton manufacturers), during the period of the first industrialisation in Italy.

This was the epoch of the big enlightened industrialists, proprietors and philanthropists at the same time, who, inspired by a social doctrine, wished to satisfy their workers' needs, taking care of their lives inside and outside the factory.

The idea was to give all the workers a cottage with a vegetable garden, and to furnish all the services necessary to their life: a church, a school, a hospital, a community centre, a theatre, public baths.. Founded in 1878 on the bank of the river Adda, in Lombardy, this experiment of company paternalism, as many others, ended inexorably: at the end of the Twenties - with the bankruptcy of its owners, and as a result of the transformations that took place in the 20th century.

Today the village is inhabited by a community which is mostly descending from the original workers. Besides, the factory has worked until 2003 and its field of activity remained always unchanged: cotton textile production. 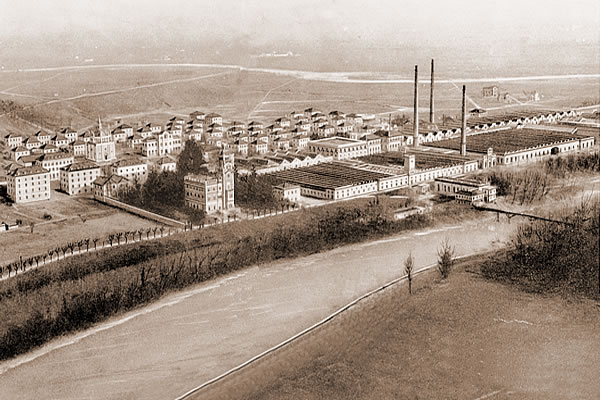 The environment that surrounds Crespi d'Adda is unique: the village is situated in a cradle, a triangle shaped lowland, which is delimited by the intersection of two rivers to the South and by a difference in level of the ground to the North, called "Fossato Bergamasco".

The two rivers are: the Adda and the Brembo, and they form a peninsula called "Isola Bergamasca" (the village is located at the very end of the peninsula). The "Fossato Bergamasco" represented in former times the border between the Duchy of Milan and the Republic of Venice.

The geographical isolation is also accentuated by the fact that the village is connected to the outside only from the North. Today these geographical features and the seclusion they implied help us understand why Crespi d'Adda could preserve so extraordinary, hidden and distant from the chaotic development of the surrounding area. 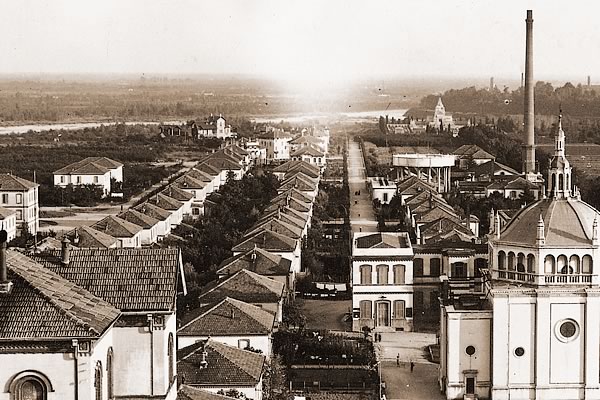 The urban layout of the village is extraordinary. The factory is situated along the river, next to the castle of the Crespi family.

The workers' houses, of English inspiration, are lined up in order along parallel roads to the East of the factory, and to the South there is a group of enchanting villas for clerks and directors. The houses of the physician and the priest overlook the village from a hill, while the church and the school are placed side by side facing the factory.

The presence and the importance of the factory are emphasised by its high chimneys and its sheds that are repeated in a fascinating perspective along the main street. The street itself is also a metaphor of workers' life and it runs between the factory and the village, arriving finally at the cemetery. 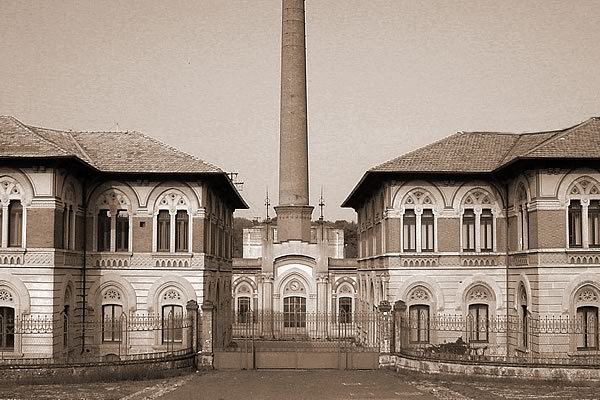 In Crespi d'Adda there's a wide range of styles, varying from classicismo to romanticismo.

The castle is a reproduction of the medieval style, while the church is the exact copy of the church of S.Maria, of renaissance style, in Busto Arsizio, where the Crespi family was born. All the other constructions are of neo-medieval style, decorated with precious brick ornaments - typical of romanticismo lombardo - and wrought iron finishes. The factory itself is neo-medieval the highest celebration of the industry is expressed by the main entrance, with its magnificent office direction buildings.

The cemetery, of exotic taste and eclectic style, is a national monument and it is characterised by the Crespi chapel - a decorated tower-pyramid made of ceppo and cement, which rises to embrace the workers' graves: small crosses disposed in order in the meadow. 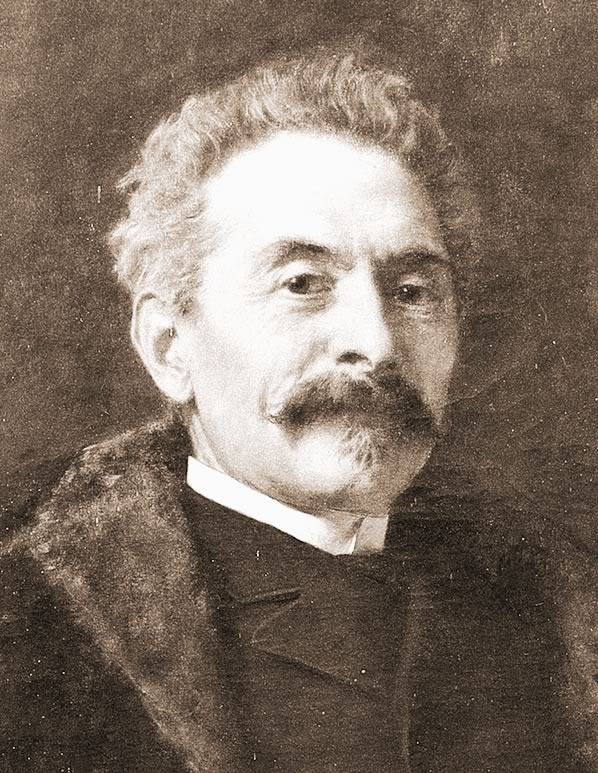 Born in 1833, he was the first son of Antonio Crespi, descending from a family of textile producers from Busto Arsizio. Originally he helped his father with the trading of dyed fabrics, but then founded with his family the cotton mills of Vaprio, Vigevano e Ghemme. In 1878 he founded the factory in Crespi d'Adda, introducing the most modern spinning, weaving and finishing processes.

In 1884 he moved to Milan, in his house in Borgonuovo street, where he opened the headquarters of his company. He also kept a vast and widely admired collection of paintings.

In 1904 he built the hydro-electric power station of Trezzo sull'Adda ("Taccani"). He was awarded several honours, which included "Cavaliere del Lavoro" and "Commendatore della Corona d'Italia". He died in Milan in 1920. 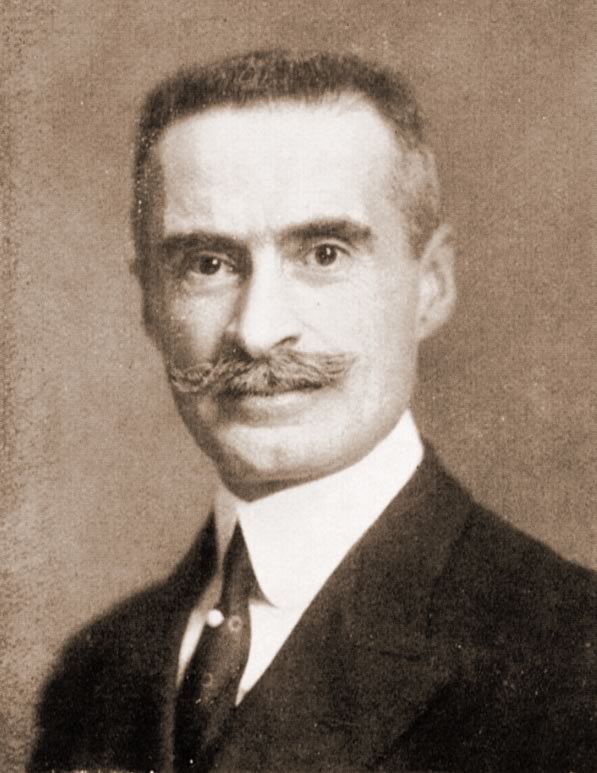 Son of Cristoforo, he was born in Milan in 1868. He got his degree in law at the age of 21 and spent some years in England in order to follow the developments of cotton production. In 1889 he started working in his father's factory where he became director.

With a tenacious and tireless character, he occupied himself with numerous activities, ranging from industrial to the political and financial sectors. He published and authored a study on preventing the injuries at work. He was the first president of the Cotton Producers association and member of "Consiglio Superiore Industria e Commercio". He was president of Banca Commerciale Italiana and of the Italian Automobile Club.

He was deputy and senator for the Catholic Liberals and within the Parliament he promoted industry and commerce, with a special concern for workers conditions. He was appointed Ministry Plenipotentiary at the end of the First World War. He died in Cadorago in 1944.